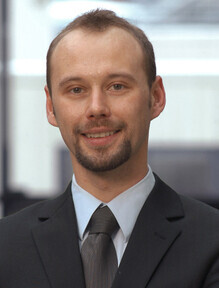 Lehrstuhl für Experimentalphysik I A und I. Physikalisches Institut

Thomas Taubner became Junior Professor of Metamaterials and Nanooptics at RWTH Aachen University in December 2008. His research focuses on new materials and systems for imaging and sensing at infrared wavelengths.

Prof. Taubner was born on April 16, 1975 in Bruchsal, Germany. After graduating from Karlsruhe Institute of Technology in 2001, he was awarded a doctorate from TU München in 2004. From 2001 through 2006, Prof. Taubner worked as a research assistant at the Max Planck Institute of Biochemistry in Martinstried.

In December 2008, Prof. Taubner returned to Germany as a junior research group leader within the Returning Researchers Program of the Federal State of North Rhine-Westphalia ("Rückkehrerprogramm des Landes NRW") from the US, where he had worked as postdoc at Stanford University.